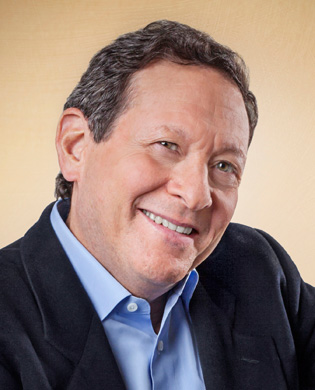 Chairman and Chief Executive Officer of The Pritzker Organization

Tom Pritzker was born and raised in Chicago and is Chairman and Chief Executive Officer of The Pritzker Organization, the family's historical merchant bank. He is also Executive Chairman of Hyatt Hotels Corporation and on the board of directors of Royal Caribbean Cruises Ltd. Over his career he has been involved in acquiring and building mature companies in a number of different industries and founding significant companies in the fields of container leasing (Triton), biotech (Bay City Capital) and health care (Reliant Pharmaceuticals and First Health). Outside of business, Pritzker is Chairman of the Board of the Hyatt Foundation, which sponsors the Pritzker Architecture Prize. He is a member of the board of trustees of the University of Chicago and the Center for Strategic & International Studies. He is a member of the Aspen Strategy Group. He has also organized the Pritzker Neuropsychiatric Disorders Research Consortium, which is a collaborative research effort into the genetic basis of psychiatric disorders. Mr. Pritzker is also an Honorary Professor of History at Sichuan University in China, and for the past 30 years has been leading archeological expeditions in the Western Himalayas. Mr. Pritzker was recently elected as a Fellow of the American Academy of Arts and Sciences. He holds a BA from Claremont Men's College, an MBA and JD degree from the University of Chicago.