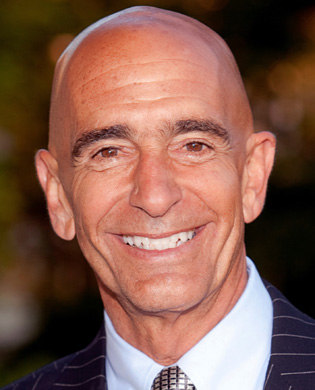 Thomas J. Barrack, Jr. is the Founder, Chairman, and Chief Executive Officer of Colony Capital, LLC, a private equity real estate company headquartered in Los Angeles. As chairman, he has invested approximately $45 billion in assets around the globe. Today, he oversees a global organization located in 11 cities and nine countries. Prior to the formation of Colony, he was a principal with the Robert M. Bass Group, the principal investment vehicle of the Fort Worth, Texas investor Robert M. Bass. Mr. Barrack also served in the Reagan Administration as Deputy Undersecretary of the Department of the Interior. Additionally, French president Nicolas Sarkozy awarded him France's Chevalier de la Légion d'honneur. Mr. Barrack sits on a variety of public and private boards around the world. He received a B.A. from the University of Southern California, attended the University of Southern California Law School and the University of San Diego, and received a J.D. in 1972. In 2005, he was awarded an Honorary Ph.D. in Jurisprudence from Pepperdine University. Mr. Barrack is the CEO of Miramax Films and a trustee of the University of Southern California.