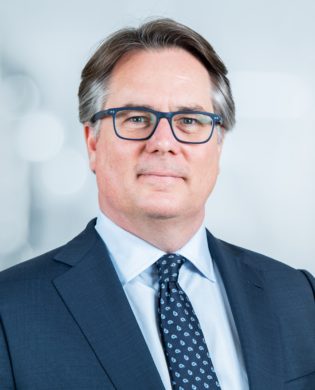 John Lutzius is the Former Managing Director of Green Street's London office, which he co-founded in March of 2008. Prior roles during his 25+ year career with Green Street include Chief Executive Officer, President, and Senior Research Analyst. Given his background, John is well placed to draw upon best-practice experiences on both sides of the Atlantic.

Green Street's Pan-European services include in-depth research on more than 40 listed property companies and their underlying real estate markets in addition to bespoke advisory and consulting.Before joining Green Street in 1992, John worked in the treasury department of Citibank in New York and the leveraged lending group of Security Pacific National Bank in Los Angeles. He earned his MBA from Northwestern University and a B.S. from the State University of New York at Albany. His professional affiliations include the European Public Real Estate Association, the London School of Economics REEF Advisory Board, the European Advisory Board of the Zell/Lurie Real Estate Center at the Wharton School of the University of Pennsylvania, the Urban Land Institute, and the Young Presidents Organization.