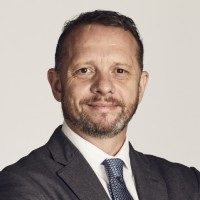 Andrew Staples is the Director of Research and Outreach at the Hinrich Foundation. He brings over 20 years of experience in international trade, business and investment research in Asia, with a focus on Japan, Southeast Asia and the Asia Pacific.

Prior to joining the Hinrich Foundation, Dr. Staples was the global Editorial Director of The Economist Corporate Network (ECN), the Economist Intelligence Unit’s briefing and advisory service. In this role he led a team of editorial directors across Africa, the Middle East and Asia. He was a frequent commentator on economic, trade and investment issues for media and C-suite forums.

Before joining The Economist Group, Dr. Staples pursued an academic career holding both tenured and adjunct posts at leading universities and business schools in Japan and the U.K. He played a pivotal role in the launch and development of a Global MBA programme at Doshisha University Business School in Kyoto.

Dr. Staples has a PhD in International Political Economy and an MSc in East Asian Business, both from the University of Sheffield, U.K. He was a Ministry of Education research scholar at Hitotsubashi University in Tokyo (2001-2003). Dr. Staples has published extensively on Asian trade, FDI and integration. His major publications include Responses to Regionalism in East Asia: Japanese Production Networks in the Automotive Sector published as part of the Palgrave Macmillan Asian Business Series, chapters in edited volumes including Asian Inward and Outward FDI: New Challenges in the Global Economy and the popular textbook, Asian Business and Management: Theory practice and perspectives, now in its third edition.