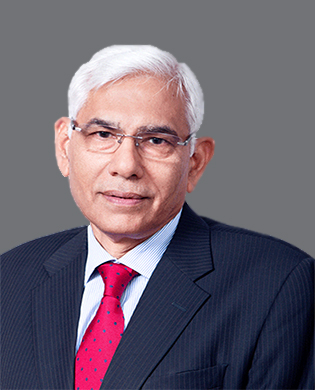 Vinod Rai holds a master's degree in Economics from the Delhi School of Economics, Delhi University, and Masters in Public Administration from the Harvard Kennedy School, Harvard University. He is a retired civil servant of the Kerala Cadre. He was Secretary in the Department of Financial Services in the Ministry of Finance, government of India. He has served as a director on the boards of the State Bank of India, ICICI Bank and the Life Insurance corporation. He was later appointed as the 11th comptroller and Auditor General of India. He assumed office on January 7, 2008 until May 22, 2013. He is widely considered a symbol of the anti-corruption movement and is credited with having turned the office of CAG into a powerful force for accountability and transparency in contemporary India.

He is a global trustee of the International Financial Reporting Standards (IFRS) Foundation. On January 30, 2017, the Supreme Court of India appointed him as the Chairman of the Committee of administrators of the Board of Control for Cricket in India (BCCI). He is the chairman of IDFC Limited. He is also chairman of the Shubham Housing Development Finance Company. Mr. Rai is a Distinguished Visiting Research Fellow in the Institute of South Asian Studies, National University of Singapore, Singapore.