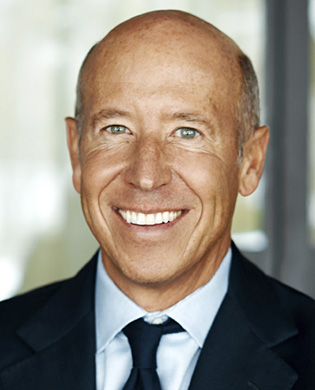 For the past 29 years, Mr. Sternlicht has structured investments with an asset value of over $110B. Starwood Capital’s funds have invested in approximately 190,000 multifamily/condo units, 3,000 hotels, 88M SF of office properties, 58M SF of retail and 50,000 lots of land in residential subdivisions. The Firm currently manages in excess of $70B of assets on behalf of its high net worth and institutional partners. Starwood Capital, its affiliates and externally managed public companies encompass ~4,100 employees. The Firm maintains offices in Arlington, Atlanta, Chicago, Dallas, Greenwich, Los Angeles, Miami, New York, San Francisco, and Washington, D.C., and affiliated offices in Amsterdam, Hong Kong, London, Luxembourg, Sydney and Tokyo.

From 1995 through early 2005, Mr. Sternlicht was Chairman and CEO of Starwood Hotels & Resorts Worldwide, a company he founded in 1995. During his tenure, he built Starwood Hotels into one of the leading hotel and leisure companies in the world, employing more than 120,000 people with 895 properties in 100 countries. Mr. Sternlicht created W Hotels, perhaps the world’s most successful “boutique” brand, and built the St. Regis Hotels brand from a single hotel to a global brand.

Mr. Sternlicht serves on the Board of Directors of The Estée Lauder Companies and the Real Estate Roundtable. Additionally, he formerly served as Chairman of the Board and is currently a Board member of The Robin Hood Foundation, and also serves on the Boards of the Dreamland Film & Performing Arts Center, and the Executive Advisory Board of Americans for the Arts. He is a member of the U.S. Olympic and Paralympic Foundation Trustee Council, the World Presidents Organization and the Urban Land Institute.