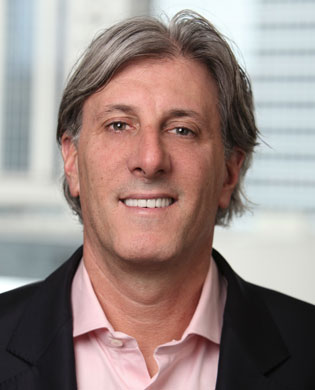 Mr. Helfand has served as Co-President of Equity Group Investments, a private investment firm, since January 2012. Prior to rejoining Equity Group Investments, Mr. Helfand was Founder and President of Helix Funds LLC, a private real restate investment management company, where he oversaw the acquisition, management and disposition of more than $2.2 billion of real estate assets. While at Helix Funds, he also served as Chief Executive Office for American Residential Communities LLC, a Helix Funds portfolio company.

Before founding Helix Funds, Mr. Helfand served as Executive Vice President and Chief Investment Officer for Equity Office Properties Trust, the largest REIT in the United State at the time, where he led approximately $12 billion of mergers and acquisitions activity. Prior to joining EOP, Mr. Helfand served as a Managing Director and participated in the formation of Equity International, a private investment firm focused on real estate platforms in emerging markets. He also held the role of President and Chief Executive Office of Equity LifeStyle Properties, a publicly traded REIT that operates manufactures home communities. His earlier career included investment activity in a variety of asset classes, including retail, office, parking and multifamily.

He holds an MBA from the University of Chicago Graduate School of Business, and a BA from Northwestern University. David serves as a Director on the boards of the Ann & Robert H. Lurie Children's Hospital of Chicago and The Ounce of Prevention, and as a Commissioner for the Chicago Park District. He is also on the Executive Committee of the Zell/Lurie Real Estate center at the Wharton School, and the Board of Visitors at the Weinberg College of Arts and Sciences at Northwestern University.