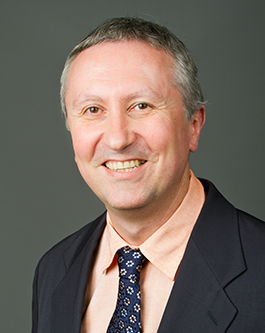 Gilles Duranton is professor of real estate and holds the Dean’s Chair in Real Estate. He joined Wharton in 2012 after holding academic positions at the University of Toronto and the London School of Economics.

A graduate from HEC Paris and Sorbonne University, he obtained his PhD in economics jointly from the London School of Economics and the Ecole des Hautes Etudes en Sciences Sociales in Paris.

His research focuses on urban and transportation issues. His work is concerned with land use, urban growth and the estimation of the costs and benefits of cities and clusters. He is also interested in the effects of transportation infrastructure on urban development and the evaluation of local policies.

He serves as co-editor for the Journal of Urban Economics and sits on the editorial board of several other academic journals. He is a fellow of the Centre for Economic Policy Research and worked as consultant on regional and urban policy for various national governments and international organisations. He was the foreign advisor of a two-year mission on urban issues for the government of Colombia. He was also the 2011 president of the North American Regional Science Association and currently serves as president of the Urban Economics Association. He is currently the chair of the Wharton Real Estate Department.

- Roads and Trade: Evidence from the US. 2014. Review of Economic Studies, 2014 (with Peter Morrow and Matthew Turner)

- The Costs of Agglomeration: Land Prices in French Cities (with Pierre-Philippe Combes and Laurent Gobillon). Mimeographed, University of Pennsylvania.