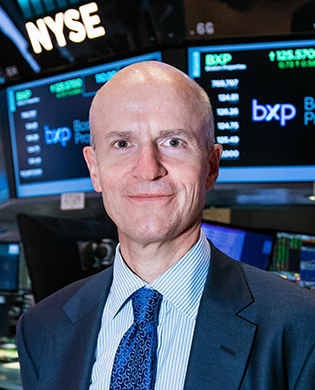 Mr. Thomas is a Trustee of the Urban Land Institute, a Director of the Urban Land Institute Foundation, an Officer of the National Association of Real Estate Investment Trusts and member of its Executive Board, a Director of the Real Estate Roundtable, a Director of the University of Virginia Investment Management Company and a former Chairman of the Pension Real Estate Association. He attended and is a former Trustee of Woodberry Forest School, received a B.S. in mechanical Engineering from the University of Virginia and am M.B.A. from Harvard Business School. He is married, has three children and lives in Bronxville, New York.