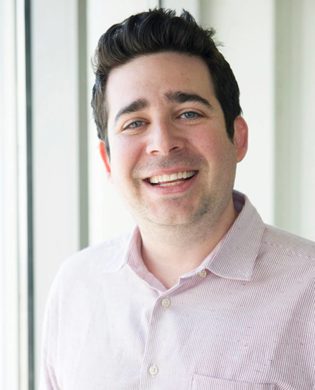 Justin is the President and Co-Founder of Industrious. Previously Justin served as Director of Acquisitions and Operations at Windham Development and Windham China, where he headed their US Real Estate operations. He was previously a Vice President at Madison Realty Capital, but his career highlight will forever be the time he worked for the writing team at the Late Show with his childhood idol, David Letterman.

He is the childhood next-door neighbor of Industrious co-founder Jamie Hodari, allowing them an early start dreaming about the future of office space. Justin can be found living with his fiancé in Dumbo, Brooklyn, along with their dog, confusingly named Chicken. Justin holds a Graduate Certification in Real Estate Finance and Development from NYU and a B.A. from Indiana University.