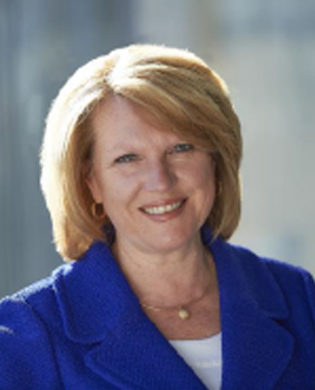 Madeline Bell is the President and CEO of Children’s Hospital of Philadelphia (CHOP), one of the top-ranked children’s hospitals in the United States. In this role she oversees 14,000 employees in the Hospital’s $2.6-billion-a-year health system and research institute. Prior to being promoted to CEO in July 2015, Ms. Bell served as CHOP’s Chief Operating Officer for eight years. During her tenure as COO, she led significant growth while maintaining the financial strength and clinical excellence of the organization.

Ms. Bell began her career as a pediatric nurse at CHOP in 1983, later leaving the organization to move into hospital administration. She returned to CHOP in 1995 to lead Home Care and Case Management, and has since held a number of leadership positions, advancing from Vice President to Senior Vice President to Executive Vice President to Chief Operating Officer. In 2015, she assumed the title of President and CEO.

A mission-driven leader who is nationally recognized for hospital operational management, Ms. Bell has made numerous contributions to CHOP, including the development of one of the largest pediatric ambulatory networks in the country, the implementation of a single-platform electronic health record, the expansion of the Hospital’s 4-million-square-foot campus, and the development of many nationally recognized clinical and family-centered care programs. She has also secured many philanthropic gifts to help further the institution’s mission. Throughout her career, Ms. Bell has been a champion for cultural change and patient safety at CHOP. Her background in patient care has given her a deep appreciation for the clinical world, and she always stays focused on improving care for children.

A longtime mentor for aspiring leaders, Ms. Bell makes diversity and inclusion a top priority by leading initiatives that support growth opportunities for underrepresented individuals at CHOP and throughout our community. She also authors the blog Heels of Success (heelsofsuccess.com), offering guidance to ambitious women on how to elevate themselves in the workplace, balance the demands of work and family, and pursue their ideal careers. She created the blog to address many of the questions young women have about achieving success in their careers – and she hopes that it will ultimately lead to greater representation of women in the C-suite and on boards.

Ms. Bell serves on the Board of Directors for Comcast NBCU, the Federal Reserve Bank of Philadelphia, the Children’s Hospital Association, the Greater Philadelphia Chamber of Commerce Executive Committee, the Leonard Davis Institute of Health Economics, and Solutions for Patient Safety. In addition to her board positions, Ms. Bell serves on the Villanova University College of Nursing Board of Consulters and the Greater Philadelphia Chamber of Commerce CEO Council for Growth. She is an adviser to numerous international hospitals and frequently lectures on the topics of children’s healthcare and women in leadership. She previously served on the boards of the Schuylkill River Development Corporation and the University City District. In 2017, she was named one of Modern Healthcare’s “100 Most Influential People in Healthcare” and received The Philadelphia Inquirer’s Industry Icon Award, which recognizes honorees’ distinguished records of civic engagement and professional achievement within their industries.